Goodbye, my friend. We miss you so much already. 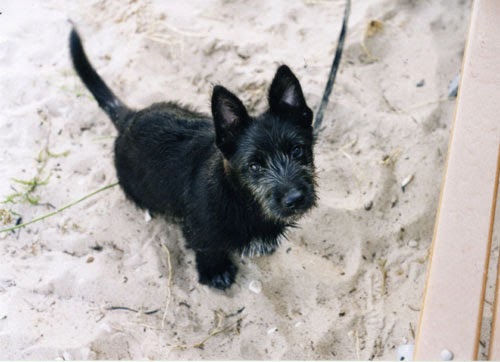 - July 13, 2013 No comments:
Email ThisBlogThis!Share to TwitterShare to FacebookShare to Pinterest
Labels: Pets

So, it's still cancer. It's also very, very advanced. An ultrasound and additional X-rays show an advanced lesion on the liver, several lesions on the spleen, and aggressive metastasis in the lungs. Effectively, any treatment at this point is palliative; there's no cure beyond miraculous responses to off-label drugs. The oncologist couched Froggie's remaining time as a month.

So, we'll lose him before my birthday in late August. He'll get to stay in his house until the end and not have to deal with selling this house and moving. But he's 8 and his passing is way, way too soon. Here's The Dude through the years:


- July 11, 2013 No comments:
Email ThisBlogThis!Share to TwitterShare to FacebookShare to Pinterest
Labels: Pets

Basically, cancer has spread to the entirety of both lungs from an unknown source. There's a mass in one lung that may be the source, but is likely a confluence of smaller masses into one larger mass. Strangely, his blood work is, medically, unremarkable. In the absence of imaging, he's healthy. He's not particularly struggling either, but he's 'off', as they say.

So, now, we're going to MSU's Veterinary Oncology Center for a consultation. If they can find the original mass, that may provide some options for treatment. But, I think at this point, we're really looking at pain management, barring an extremely fortuitous diagnosis.

Sidenote: based on imaging, there's an extremely small chance this is a really bad fungal infection. It's rare in dogs, but consistant with the evidence so far. I'm not a betting man and certainly not religious, but I'm superstitious enough to cross my fingers a few times for that option.

He's a trooper, a soldier, and isn't showing much concern for his condition. He hates the vet, but marches through appointments because we ask him too. For now, we have some time with him and he with us and we plan to make the most of it.


- July 03, 2013 No comments:
Email ThisBlogThis!Share to TwitterShare to FacebookShare to Pinterest
Labels: Pets

The Best Photo I Ever Took (Biased Edition)

- July 01, 2013 No comments:
Email ThisBlogThis!Share to TwitterShare to FacebookShare to Pinterest
Labels: Pets

The Calm Before the Storm

About four feet behind me, a dog named Froggie lies in his crate, door ajar, struggling to breathe. He's on a hundred milligrams of one drug and more of another. The X-ray of his rib cage looked like, quoting our veterinarian here, "popcorn". Basically, it's cancer. Tomorrow we'll get a call from her, while she's travelling, to either confirm that diagnosis or not.

Last night as we were cleaning up after painting our dining and living room (we know how to take vacations), he coughed up a Cup of phlegm-mixed-with-blood. It was shocking to say the least. He seemed off most of the day, but he spent it outside away from paint and fumes. We took him to the ER; he had some inflammation, but ate alright and seemed ok. We took home benadryl so he could sleep figuring he'd eaten a wasp or bee (he loves to snap at them).

About six weeks ago, he'd gone to the ER vet after becoming lethargic and simply not moving on his own. We were on a three-day trip to see my family cross-state and J--'s parents were both kind enough to take him for us and caring enough that the vet still remembers them. He got some minor drugs and sent home, chalked up to dehydration (it was very hot), maybe eating a toad (not out of the realm of possibility). He got many hugs and treats when we returned, but otherwise bounced back in a couple days.

This morning, he coughed up more. We called and made an appointment for today, our vet was still in the office thankfully.

He's coughing up stuff regularly now, although the volume has gone down, hopefully due to the drugs. But when he gets excited, he struggles to breathe, like a cat constantly trying to hork up a hairball. He gets excited pretty easily.

Froggie is 8, hardly old for a hound/terrier mix. We always joke that he's a little man in a dog suit; his eyes are piercing and his mind is sharp, sometimes a bit too much so. He fears the big cat, adores the little one, and tries to hide both facts from J-- and me.

He's also, at his core, a loyal and faithful dog. It is truly difficult to describe the fierce and total loyalty a dog dedicates to an owner. Yes, he's a huge responsibility, but he's also a member of the house and he takes his job (and it is a job to him) with a seriousness not seen outside canines.

Tomorrow, we likely find out if a member of our family will leave us sooner than we'd imagined. Having a pet always comes with the promise of having to lose them, no matter how long we live. What's hard is when a wonderful creature, full of life and eager to take that next walk, unable to comprehend the reasons behind his own suffering or mortality, looks to you with confusion in his eyes and the only potentially-real option is to stop his suffering before it starts.

My selfishness will not make him linger or suffer, but my sorrow at having to make such a decision stabs in my throat and makes me weep. I fear more tears are coming. For now, it is hard to proof words on the screen through misting eyes.

He's finally asleep, his breathing has stopped being staccato rattles. I hope he dreams of finally catching that squirrel. I hope he dreams and smiles.
- July 01, 2013 No comments:
Email ThisBlogThis!Share to TwitterShare to FacebookShare to Pinterest
Labels: dog, froggie, loss, Pets
Newer Posts Older Posts Home
Subscribe to: Posts (Atom)